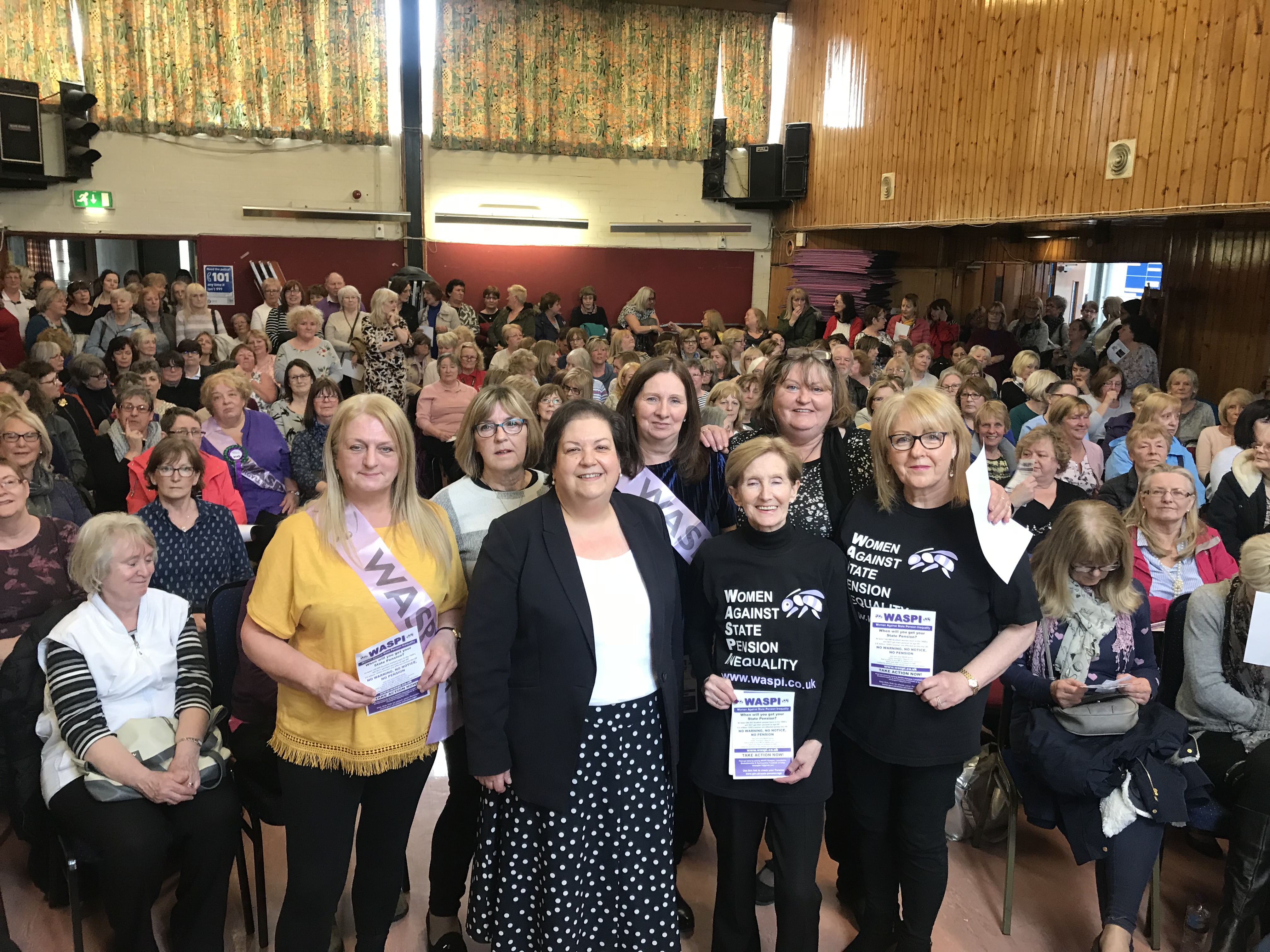 On Monday, almost 400 women from Dumbarton, the Vale of Leven and Helensburgh attended a packed out meeting to talk about the Waspi campaign.

The meeting was open to all women in the area who had been affected by the changes to the state pension age made by the Conservative Government in Westminster.

Women who were born in the 1950s have been affected by changes made to the state pension age in 1995 and 2011. The 2011 changes accelerated the state pension age from 60 to anywhere up to 67 within a very short timescale, meaning many women have lost out on tens of thousands of pounds’ worth of pension payments.

Women from all over the area came to hear from WASPI co-ordinators and local MSP Jackie Baillie about what they can do to make their voices heard.

Jackie has promised to facilitate a series of Waspi pension surgeries with local advice agencies and help to establish a local Waspi group in the area.

“The changes to the state pension age have affected thousands of women here in my constituency, and right across Scotland.

“The turnout at Monday’s meeting was hugely encouraging, it showed that women were prepared to come together, to make their voices heard and to show this Tory government the detrimental impact that their changes to the state pension age have had for women across the country

“Many of the women in the room will not receive their pension until they are 66 or even 67. This is a generation of women who have worked hard all of their lives, many of them from as young as 14 and they are being denied a pension that they have contributed to for more than 40 years.

“These pension changes should have been made much more slowly over time, allowing women a chance to make plans for their later retirement. Instead thousands of women have been pushed into poverty, with the Tory Government refusing to listen to their concerns, or act to help them