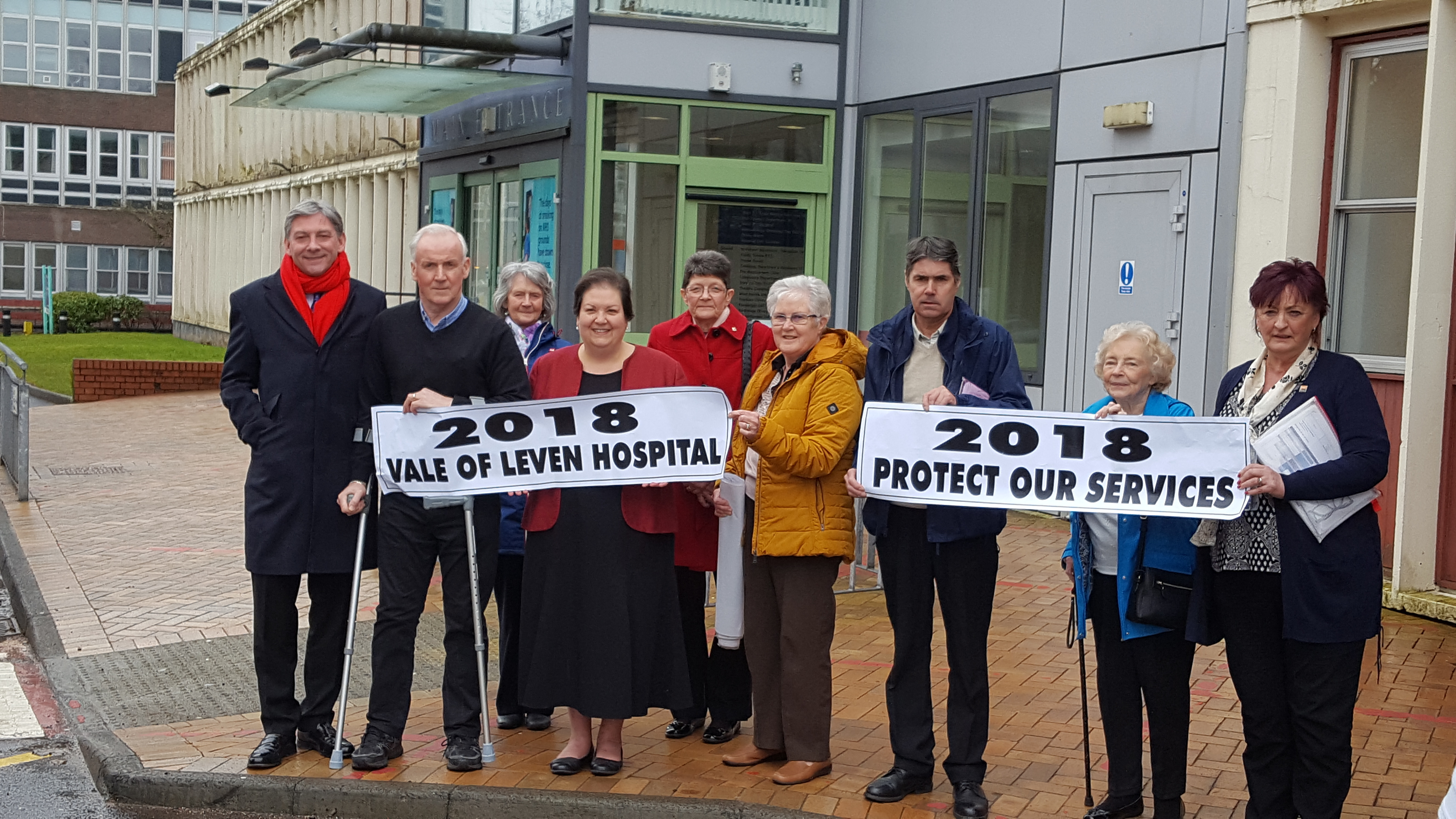 Leader of the Scottish Labour Party, Richard Leonard, pledged his support for protecting local NHS services during a visit to the Vale of Leven Hospital today with local MSP Jackie Baillie.

Richard Leonard and Jackie Baillie were joined by Jim Moohan and Rev Ian Miller from the Hospitalwatch campaign group for a tour of the hospital. The group visited a number of departments, including the Medical Assessment Unit, and met clinical staff to discuss the local services available to patients.

Mr Leonard was later briefed by Hospitalwatch on the threat of cuts at the Vale of Leven Hospital.

NHS Greater Glasgow and Clyde will launch a consultation this Spring on a major shake-up of NHS services which could lead to more centralisation in Paisley and Glasgow. The review will set out a blueprint for every hospital site and previous health board papers have already suggested the closure of Medical Assessment Units, fewer inpatient beds and cuts to staff at some sites.

In addition, a number of separate reviews are still underway which will affect services at the Vale of Leven Hospital, including the review of GP out-of-hours services. This week figures obtained by Jackie Baillie MSP revealed that staff shortages have led to at least 15 temporary closures at the out-of-hours service, forcing local patients to travel to Paisley.

“This year marks the 70th anniversary of the Labour Party’s proudest achievement – the creation of the National Health Service. The Vale of Leven Hospital was the first new hospital built by the NHS anywhere in the UK but staff and bed numbers have plummeted under the SNP.

“The Scottish Labour Party will work alongside local patients, NHS staff, trade unions and campaign groups like Hospitalwatch to defend our local health services from cuts.”

“I am delighted that Richard Leonard agreed to visit the Vale of Leven Hospital to meet local campaigners and I look forward to working with him in the Scottish Parliament to defend our NHS staff and services.

“The launch of a full-scale review of every hospital site in the region this year is hugely important for the Vale of Leven Hospital and I will fight for the delivery of more services locally and an end to centralisation south of the river. Anything less would be unacceptable for patients in Dumbarton, Vale of Leven and Helensburgh.”

“2018 will be the most critical year we face as a local community. The launch of the health board’s new strategy and the centralisation of services will determine our mid to long-term future. It is imperative that, after nearly 20 years of cuts, we achieve stabilisation and the repatriation of services to the Vale of Leven Hospital. Most fundamentally, we need investment in the infrastructure of the hospital to prevent any further decay of the Vale