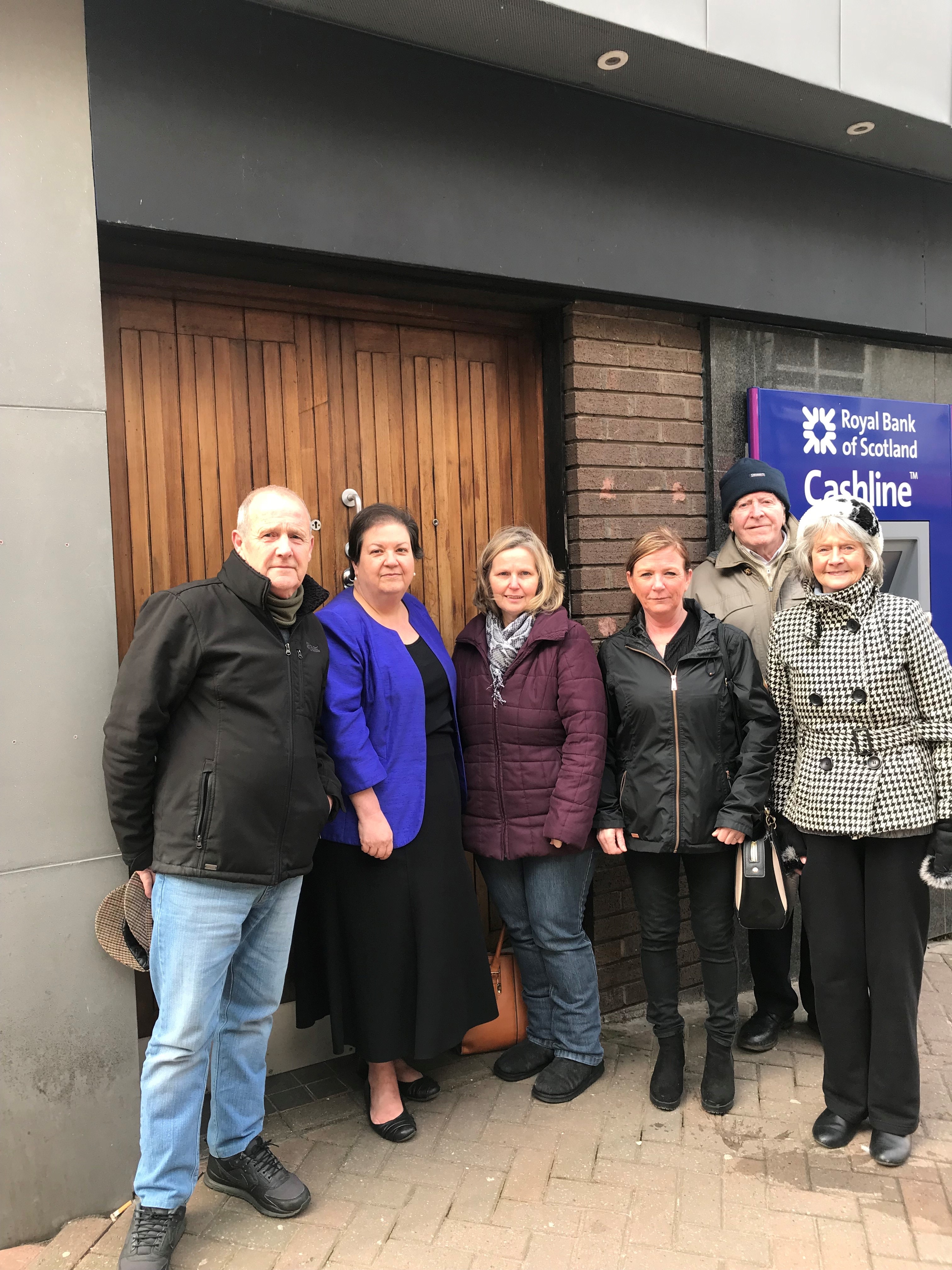 Local MSP Jackie Baillie has blasted RBS for going back on its promise to introduce a mobile banking facility in Alexandria after it closed the town’s branch last summer.

Jackie met RBS officials at the Scottish Parliament last year when the closure of the Mitchell Way branch was first announced. Although they refused to overturn the decision and keep the branch open, they agreed that it would be feasible to add a mobile bank stop in the Vale of Leven.

Jackie put RBS in touch with NHS Greater Glasgow and Clyde’s property manager and successfully managed to secure a parking space for the mobile branch at the Vale Centre for Health and Care.

However RBS pulled the plug on the plan at the eleventh hour in an email to Jackie Baillie, claiming that they did not have enough capacity to add Alexandria to the mobile branch schedule.

The decision comes as RBS announced a further wave of branch closures across the country despite making a profit of £752 million -; the first time the  bank has reported a profit in a decade.

“I am disappointed that RBS has changed its mind on a mobile branch for Alexandria despite saying that it was a feasible option. I have been working with RBS to find a suitable location for months and for them to pull the plug at the last minute is completely unacceptable.

“A mobile branch is never going to replace a fully-functioning bank in the town centre but it would have made a huge difference for RBS customers, including elderly people, who are less likely to use online and telephone banking. Many customers prefer to carry out their transactions face-to-face, particularly for larger sums of money or making enquiries about a new mortgage.

“This year, we’ve seen announcements of local branch closures to save £9 million while profits of £752 million are posted by the company, the CEOs salary hit £3 million and fatcat bonuses have sky rocketed.”

“I think that RBS has behaved disgracefully since the closure of the branch in Alexandria. They had agreed to a mobile branch in the town to enable customers to access their bank but have since gone back on their offer. They have let customers down yet again.

“It will be difficult for elderly and disabled customers to travel to Dumbarton to access the nearest branch and many customers will not have access to online banking. I think RBS should rethink their decision and arrange for a mobile branch to stop in Alexandria