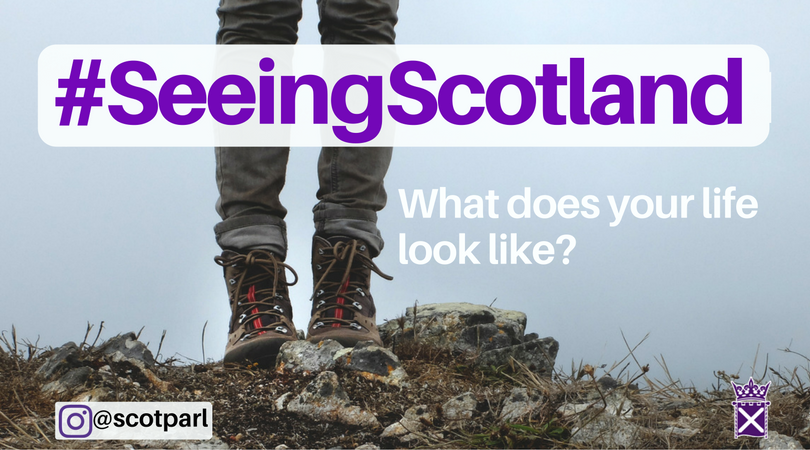 Local MSP Jackie Baillie is urging budding photographers to enter a new competition launched by the Scottish Parliament which will be judged by world renowned photographer Harry Benson.

Glasgow-born Harry Benson arrived in America with the Beatles in 1964 and has photographed every American president from Dwight D. Eisenhower to Barack Obama. He captured many of the political and historical events that unfolded in America in the 1960s and 1970s, including the final moments of John F. Kennedy and the Meredith march with Martin Luther King.

Inspired by his iconic work, the #SeeingScotland competition asks people to share their photos on Instagram that encapsulate:

 Your life in Scotland

 What Scotland means to you

 A celebration of Scotland

Entering the competition just requires people to include the #SeeingScotland hashtag in the caption of their photo and follow the Scottish Parliament on Instagram @scotparl.

Every week a winner will be chosen. The winner of each week will receive feedback on their image from Harry Benson. Harry will then choose three finalists.

On St Andrew’s Day these three photos will go to a public vote on Facebook and Instagram to decide the #SeeingScotland winner. The finalists will then be awarded first, second and third prizes, which will include signed Harry Benson books, their winning Instagram photo framed alongside Harry’s feedback and a special tour of the building by the Presiding Officer.

“This competition is a perfect opportunity for any budding photographers to celebrate Scotland and demonstrate what life in our local community means for them. I know that there are many talented people in Dumbarton, Vale of Leven, Helensburgh and Lomond so I hope there will be plenty of local entries for the judges to choose from. It is quick and easy to submit your photograph on Instagram and with a winner selected every week there is no time to waste.”

“Now with digital cameras and the new mobile phones, you can photograph what you see, but what you see should inform