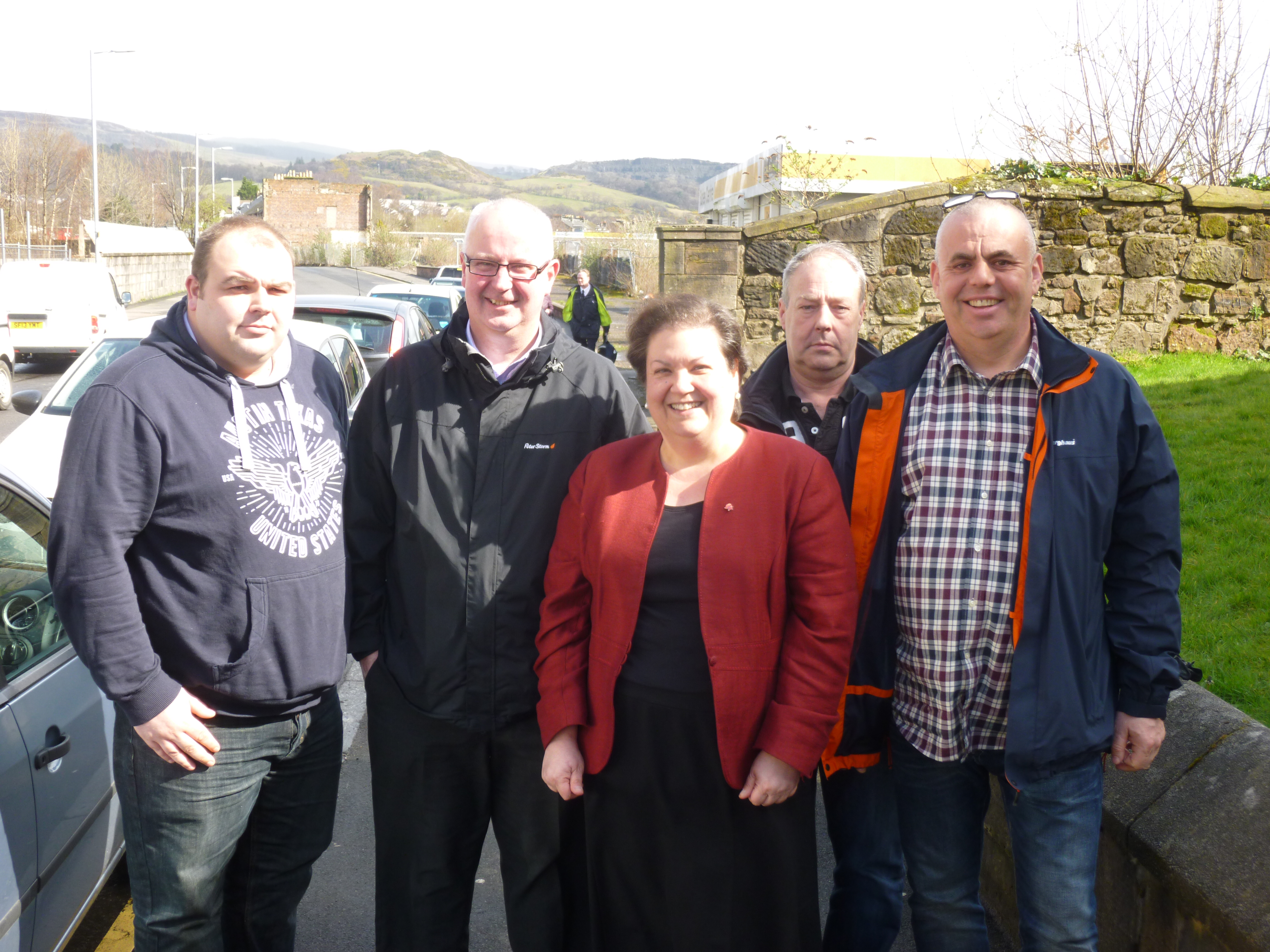 Jackie Baillie has pledged to stand up for workers at the base and defend their jobs following a meeting with trade union shop stewards representing staff at Faslane and Coulport.

Jackie met with local workers in order to make sure their views are heard in the Labour Party’s Defence Review which is considering the future of the UK’s nuclear deterrent. Current UK Labour Party policy is in favour of the replacement of Trident and Jackie Baillie is calling on the party to consider the significant impact on local jobs and the wider economy.

HMNB Clyde is the biggest single site employer in Scotland with 6,800 people employed directly by the MOD and Babcock and a further 4,500 in the supply chain. One quarter of the full time workforce in West Dunbartonshire work at Faslane and Coulport.

The shop stewards at the base have thanked Jackie for her support and vowed to work alongside her to make the case for protecting local jobs.

Jackie also called on her SNP opponent to come clean about the impact of scrapping Trident on jobs and the local economy in West Dunbartonshire, Helensburgh and Lomond.

“No debate over the future of thousands of local jobs should take place without hearing the voices of the workers at Faslane and Coulport. That’s why I felt it was important to meet local trade union leaders to make sure that their voices are heard at the highest levels of the UK party.

“Whatever the outcome of the policy review, I will continue to argue in defence of local jobs. It is a position I have held consistently during my 16 years as the MSP for this area and I will continue to defend our local interests and the jobs of base workers.

“The SNP care more about grand gestures than workers at the base. They don’t want to talk about jobs because they have no realistic plans for finding alternative employment. It’s time for the SNP candidate to put the rhetoric aside and admit that she simply doesn’t have a clue how to replace the thousands of well-paid and highly-skilled jobs at the base.”

“Those of us working at Faslane and Coulport appreciate the support of Jackie Baillie in defending our jobs. She is a straight-talker who has never been afraid to challenge those who want to threaten our livelihoods. The utopian land of employment which other politicians would have us believe exists is nothing more than a jobs mirage. They would be as well telling us to apply for jobs in Brigadoon. We look forward to working with Jackie in future to sustain employment at Faslane and Coulport and protect our jobs, families and local communites