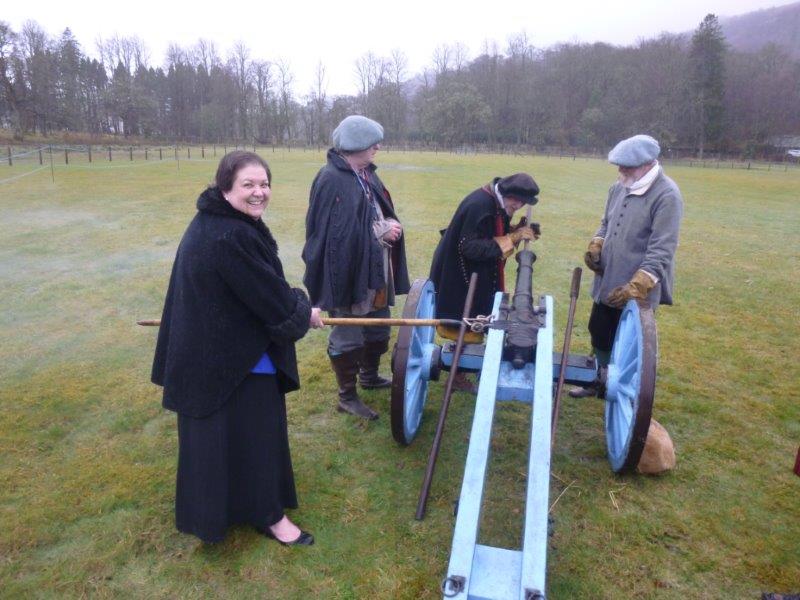 Jackie Baillie fired the first shot of her battle for re-election on a visit to Luss on Saturday.

Jackie fired the cannon to mark the start of an historic battle re-enactment which took place in the village over the Easter weekend.

Organised by the Clan Colquhoun Museum, Luss was transformed back to the 17th century with battle re-enactment, living history and archery.

“All the staff, volunteers and participants who travelled from across the UK deserve credit once again for putting on a great spectacle for local residents and tourists in Luss.

“Firing the cannon was a great way to mark the first weekend of the election campaign and while I hope I won’t come across any more 17th century soldiers or cannon balls over the next five weeks, I will be fighting hard for every vote and taking nothing for granted. I am standing on my record as a local champion who gets things done for people in Dumbarton, Vale of Leven and Helensburgh