Jackie demands action on A82 drainage 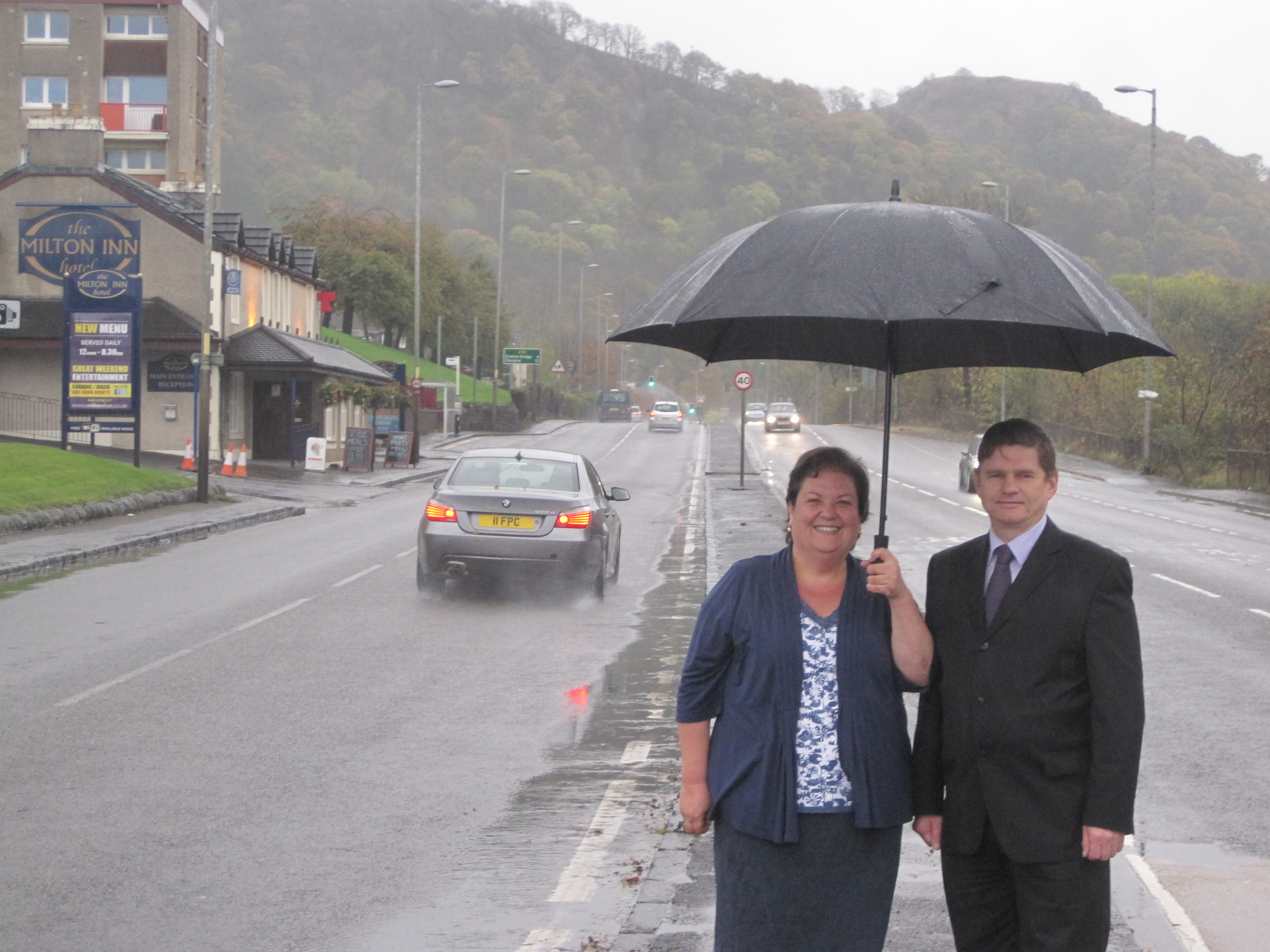 Local MSP has called on the Transport Minister Derek Mackay to take urgent action to prevent further flooding on the A82 in Dumbarton this winter.

Jackie wrote to the SNP Minister following the closure of the A82 at Dumbuck earlier this month due to severe flooding caused by inadequate drainage.

Motorists were left stranded for more than two hours when the main route in and out of Dumbarton was closed on Sunday 15 November.

The Scottish Government has authority over trunk roads and the Labour MSP wants the Transport Minister to instruct his officials to carry out maintenance and gully cleaning before any further damage is caused.

Jackie also called on the Minister to visit Dumbarton to see first-hand how important the route is for the local economy.

“The A82 is the main route in and out of Dumbarton, Vale of Leven and Helensburgh so when the road is closed the whole area seizes up. This has a profound impact on our daily lives and the local economy. Lomond Shores reported that visitor numbers were cut in half on the day of the closure.

“While for many of us a road closure can seem like nothing more than an extra delay on our commute, in some cases it can be a real danger to public safety. I was deeply concerned to hear local people saying that ambulances were unable to get through the gridlock.

“That is why I am seeking reassurance from the Transport Minister that he will do everything within his power to stop further closures happening over the winter.”