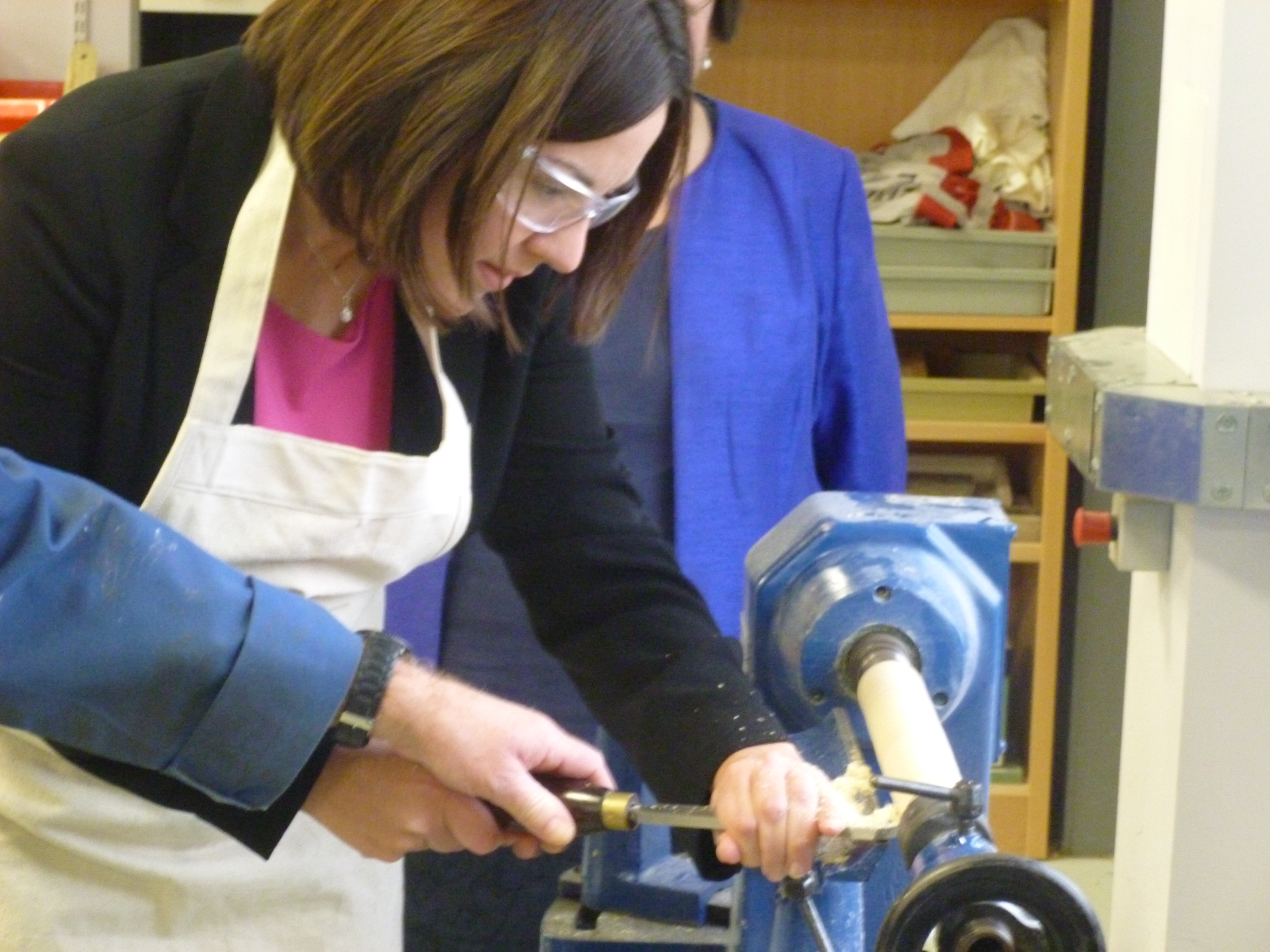 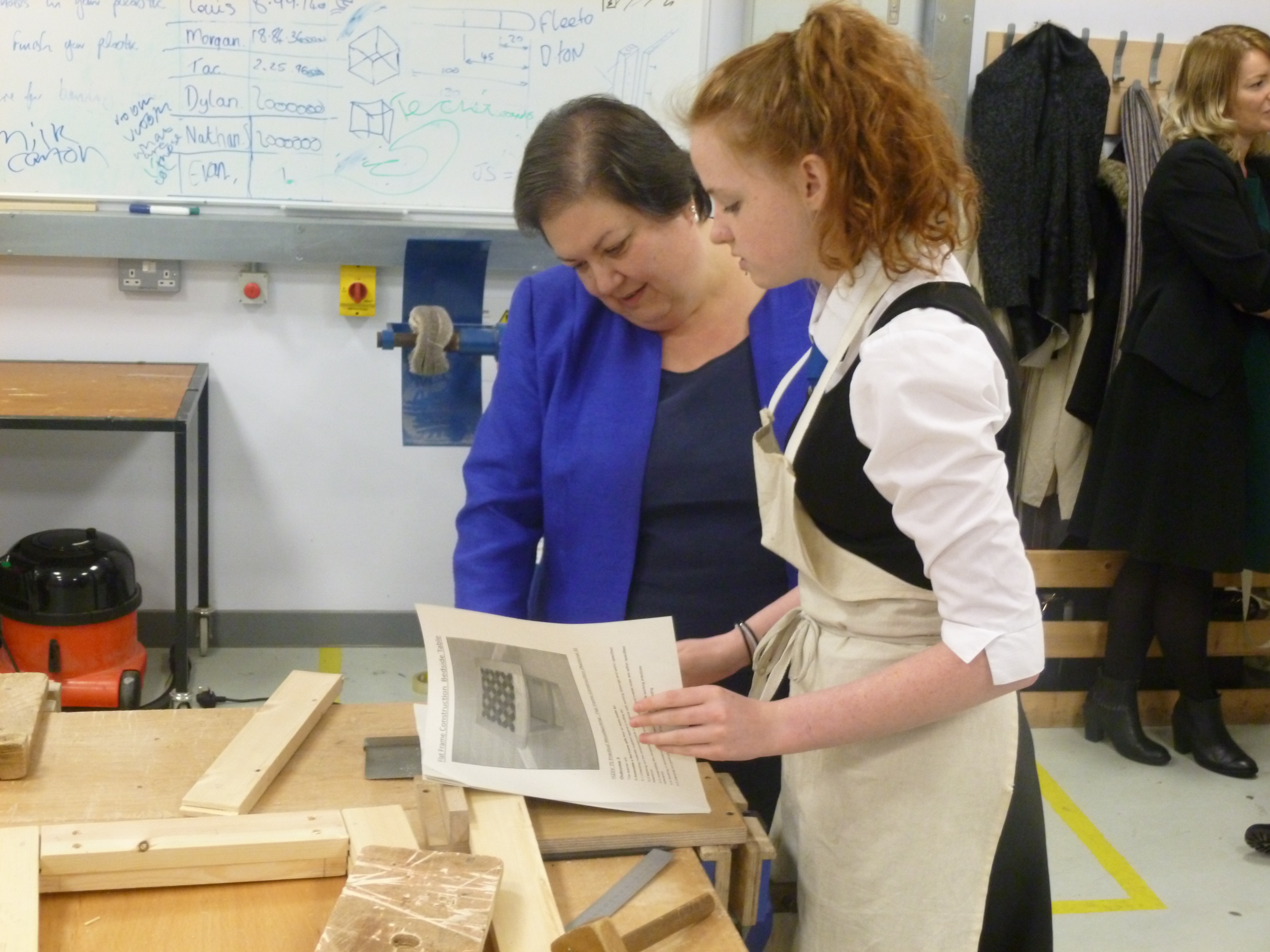 Scottish Labour leader Kezia Dugdale joined local MSP Jackie Baillie and Councillor Michelle McGinty on a visit to Dumbarton Academy this week. The Labour trio answered questions from senior pupils on a wide range of subjects including the EU referendum, rehabilitation of offenders and the Living Wage. They also toured the technical classrooms and joined in some of the practical exercises with pupils working on a woodwork project.

Kezia Dugdale told pupils that the government should be judged by the level of support it offers the most disadvantaged. Speaking ahead of the visit, the Scottish Labour leader said that anybody who comes from care and manages to fight their way to higher education should receive student grant support of £6,000 a year.

Speaking ahead of the visit, Kezia Dugdale said:

“A government must be judged by how it supports the most disadvantaged people in our society, and they don’t come much more disadvantaged than young people in care. We need to close the gap between the richest and the rest, so that care leavers can have as many opportunities to get on in life as any other young person.

“Too often we simply forget about them. Not necessarily out of malice or intent, but because they don’t have enough people to speak up on their behalf. Whether because of neglect or circumstance, these are young people who grow up without the support network other talented young people take for granted, through no fault of their own.”

“It was a real pleasure to welcome Kezia to Dumbarton. Her message that young people should make their voice heard was well received by the pupils at Dumbarton Academy.

“Dumbarton Academy, like other schools in Dumbarton, Vale of Leven and Helensburgh, is doing a fantastic job of engaging our young people in democracy. Next year 16 and 17 year olds will be able to vote in the Scottish Parliament elections for the first time so it was encouraging to meet so many pupils at Dumbarton who were motivated to speak their mind on the issues they care about