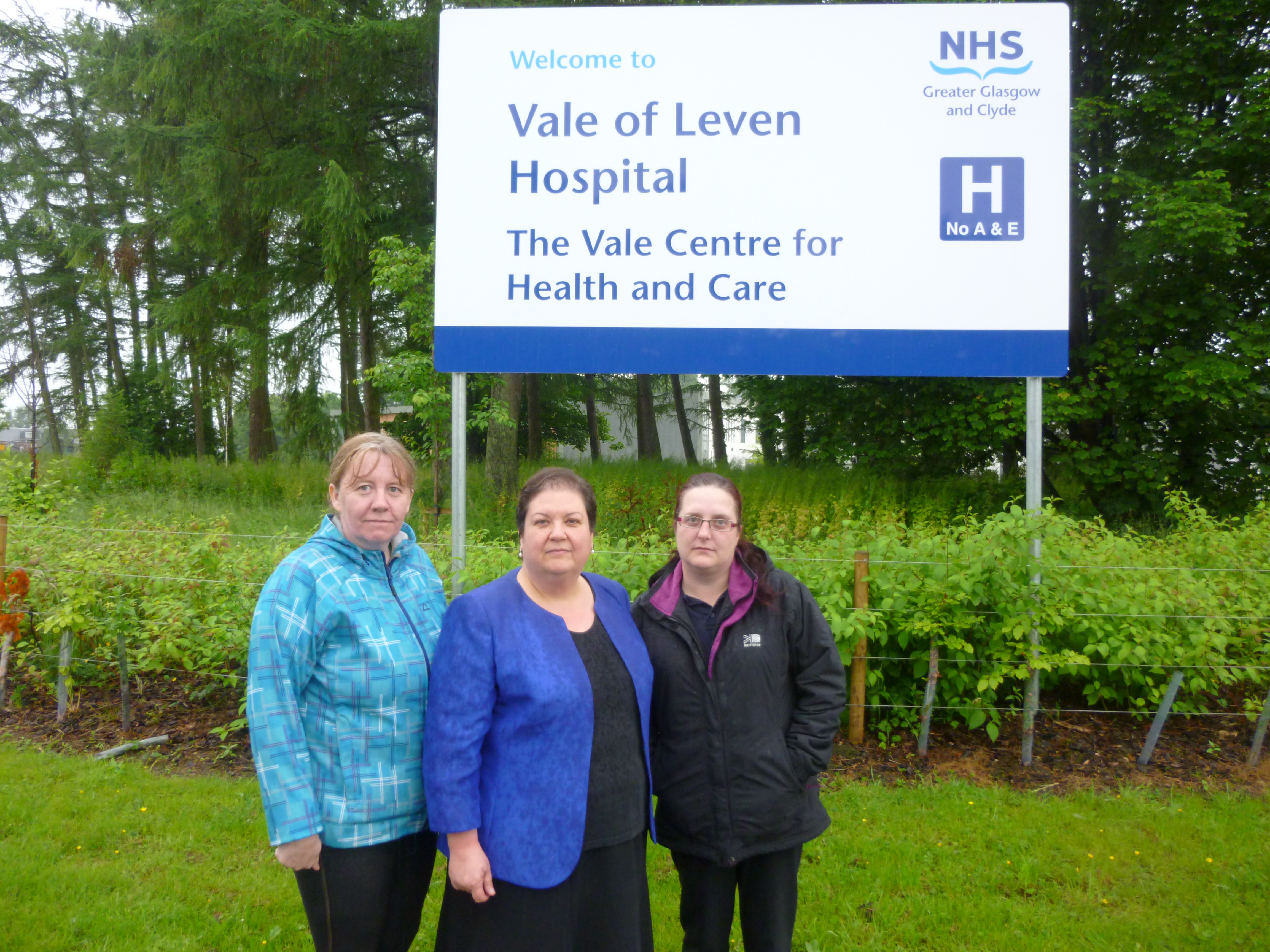 The SNP Health Secretary’s commitment to the Vale of Leven Hospital has been exposed as hollow following scrutiny from local MSP Jackie Baillie at NHS Greater Glasgow and Clyde’s Annual Review on Thursday 20 August.

The Chief Executive of NHS Greater Glasgow and Clyde admitted in response to a question from Jackie Baillie that there would be no additional funding in 2015 – 2016 for emergency medicine other than to maintain services at existing levels. This is despite SNP Health Secretary Shona Robison telling local campaigners at a meeting only seven days earlier that she was committed to enhancing services at the Vale of Leven Hospital.

The Health Secretary also refused again under questioning from Jackie to commit to a north of the river A&E service.

“The SNP Health Secretary has been caught red-handed saying one thing to local people while health board officials say the complete opposite. At our meeting only last week, Shona Robison used the promise of more services at the Vale to soften the blow of her decision to rule out a north of the river A&E.

“But the maths is simple – everyone knows that we need more funding if we are to support more services at the Vale of Leven hospital. It’s time for the Health Secretary to clear up the confusion. Will she commit to more money for enhanced emergency services at the Vale in this financial year? The people of Dumbarton, Vale of Leven and Helensburgh need answers and we need them now.”

Robert Calderwood also said that NHS Greater Glasgow and Clyde had difficulty recruiting junior doctors at the Vale of Leven hospital and that funding had been allocated for locum doctors.

“Filling junior doctor vacancies with locums costs the NHS more money so it is disappointing that scarce resources are being used in this way instead of investing in improving our services. It is the SNP Government’s responsibility to ensure that we have enough trainee doctors entering the profession to meet the demands of our NHS. They have known about a looming recruitment crisis for some time so why have they not invested more in training doctors, so that across Scotland, and in the Vale of Leven hospital, we can get access to the doctors we ne