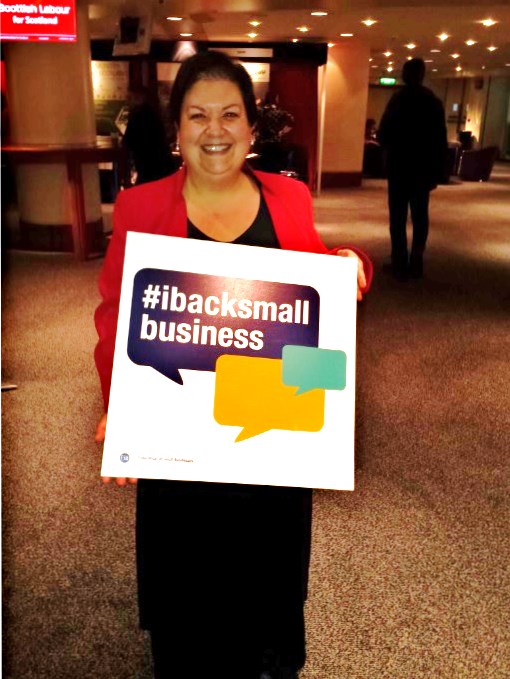 Local MSP Jackie Baillie has backed a new campaign to raise the profile of the challenges faced by small businesses. The #ibacksmallbusiness campaign forms the centrepiece of the Federation of Small Businesses Scotland’s work in advance of the 2015 General Election.

Jackie met up with the FSB at Scottish Labour conference to learn more about the FSB’s Business Manifesto which outlines the five key areas that will need to be addressed by any aspiring new Government:

The launch follows over six months of engagement between FSB members, Shadow, and Government Ministers, expressing their opinions on how to make running a small business easier. It also coincides with the progression of the first ever Small Business Bill through Parliament, a key milestone in the growing recognition of the contribution small firms are making to the UK economy.

“I was delighted to meet up with FSB and discuss some of the challenges faced by small businesses in today’s tough economic climate. I believe the key to raising living standards and building a fairer society is to unleash the potential of small businesses in Dumbarton, Vale of Leven and Helensburgh. As Scottish Labour’s Finance and Economy spokesperson, I am determined to recognise and support small businesses so we can boost our economy and create the jobs we so badly need