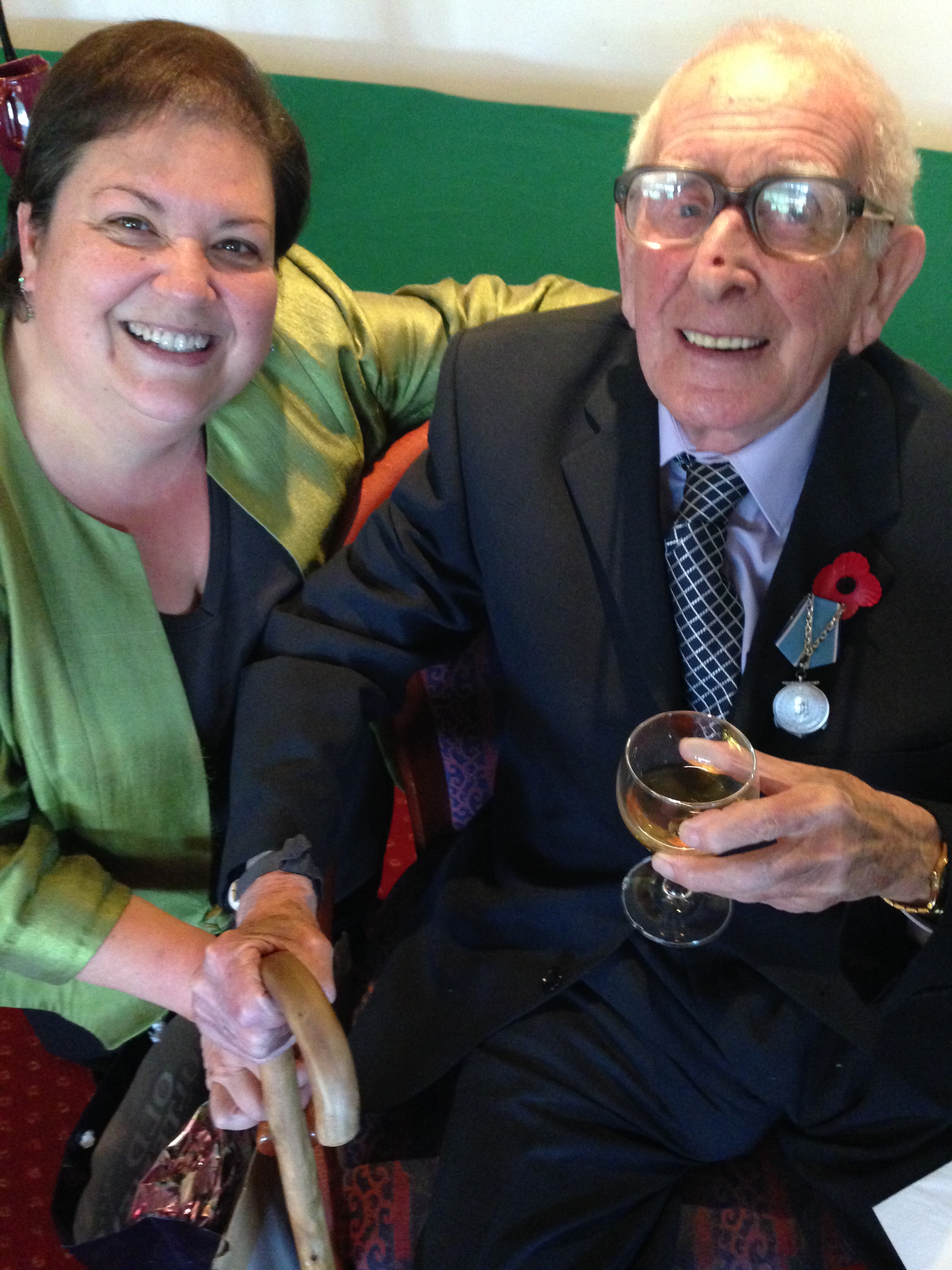 Jackie attended the medal ceremony of a 90-year-old WW2 veteran from Dumbarton on Saturday, 1 November 2014.

The Russian Consul General visited Cardross to present Arthur McWatt with his Ushakov Medal for service on the Arctic Convoys -; a campaign Winston Churchill described as the ‘the worst journey in the world’.

Mr McWatt, from Giels Avenue, joined the Royal Navy when he was 18 and served on board HMS Walker during the Second World War, taking part in two convoy sailings to northern Russia to resupply the Soviet Union.

Known as the Arctic Convoys, each sailing lasted around 10 weeks and ships were under constant threat of attack from German U-Boats and aircraft. Veterans say that the biggest enemy was the bitter cold weather and ice, and Mr McWatt recalled that on his first sailing it was impossible to use the ship’s guns to defend an attack because they were frozen.

The medal ceremony was arranged as a birthday surprise by his daughter Marie. Mr McWatt, who turned 90 on Tuesday 4 November, arrived at Cardross Golf Club for his usual Saturday afternoon lunch to be greeted by a piper and Russian Consul General Andrey Pritsepov.

Jackie Baillie thanked his family for inviting her to take part in the occasion.

“It was an honour to be invited to share this special day with Arthur and his family.

“Arthur showed great bravery and courage during what can only be described as some of the most difficult and dangerous conditions of the Second World War.

“I know that Arthur had been waiting for this medal for some time. When Russia announced plans to award the Ushakov medal to British veterans in 2012 the Foreign Office rules stopped British soldiers from being honoured by other countries. I am delighted that this decision was overturned after a hard-fought campaign by veterans and their families and the Russian Consulate deserves credit for making the effort to come to Cardross to surprise Arthur for his birthday.”