It’s hands up for volunteer trustees 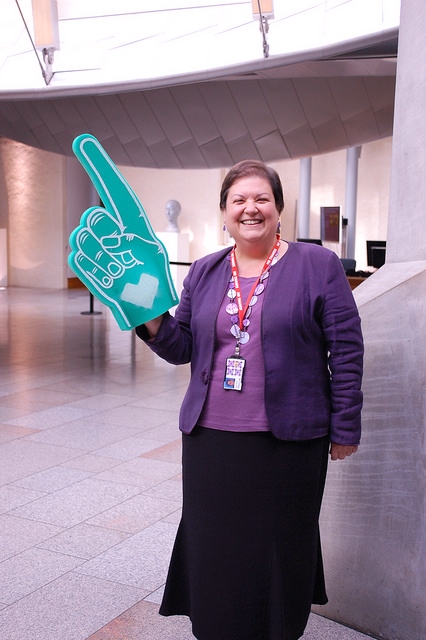 Jackie is backing Volunteer Scotland’s campaign to promote the value of volunteers during Trustees’ Week in Scotland, which takes place from 10th till the 16th November.

Trustees’ Week is an annual event each November recognising the difference thousands of volunteer trustees make across Scotland. And this year marks three decades of promoting the value and worth of volunteers as Volunteer Scotland celebrates its 30th anniversary as the national body for volunteering.

2014 continues to be a significant year for volunteering in Scotland and a great time to be highlighting the contribution volunteers make to the communities of Scotland, including through managing and running Scotland’s Charitable Trusts. Volunteer trustees as leaders are central in supporting individuals, communities and the country and volunteers everywhere are at the heart of Scotland’s communities and making them better places.

The Scottish Parliament took the opportunity to join the Trustees Week celebrations by endorsing the wide range of work that volunteer trustees undertake.

Pledging her support for Trustees Week and Volunteer Scotland, Jackie stressed the value to local communities of greater recognition of the immense task many volunteer trustees face and pledged to help raise awareness of their volunteering throughout Scotland.

“I am proud to support Trustees’ Week and help raise awareness of the valuable work that volunteers do in communities across Dumbarton, Vale of Leven, Helensburgh and Lomond. Every year volunteers give over 160 million hours of their time and, while they don’t expect to benefit financially, volunteers often say that their health and wellbeing improves simply by helping others.

“We have a rich tapestry of Volunteer Trusteeship in Scotland and they should be recognised for their efforts and the huge benefits they contribute to West Dunbartonshire and Argyll and Bute.”

“We’re delighted with the tremendous cross party support and leadership for volunteering shown by our MSPs this year especially as we celebrate the contribution of Scotland’s Volunteer Trustees; it’s definitely a hands up from Parliament for all they do.”

If you want to join the celebrations this year by volunteering or want to find out more, visit: www.volunteerscotland.org.uk