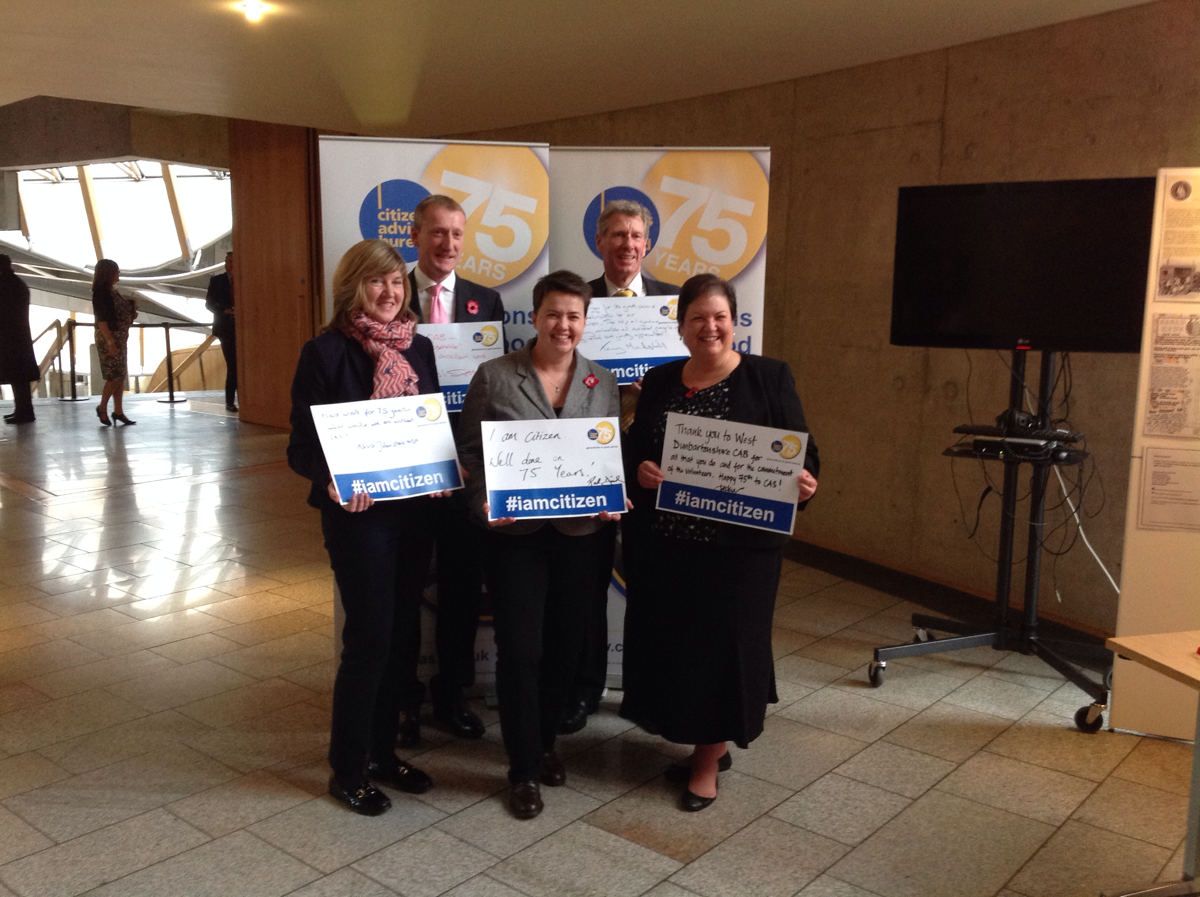 Local MSP Jackie Baillie thanked West Dunbartonshire CAB at an event in Parliament to celebrate the 75th anniversary of the Citizens Advice Service in Scotland.

The charity released figures this week showing that overall it dealt with more than one million issues in Scotland for the second year in a row. Since it was created three-quarters of a century ago, enquiries have changed significantly. Bureaux have gone from helping people with evacuation and ration book queries during the Second World War to tackling problems with benefit issues, payday loans and rogue employers.  Nonetheless the service remains as valuable and important to communities as ever, and Jackie Baillie helped launch the #iamcitizen campaign at Holyrood to celebrate the service and thank volunteers for their work.

“Citizens Advice services are unique in their nature and deserve a big thank you from everybody in Scotland.  They are reliant upon volunteers, who help their fellow citizens in West Dunbartonshire and Argyll and Bute ensure that their rights are respected and protected. I am very happy to say that #iamcitizen and wish the CAB service all the best for the next 75 years!”

“It’s really gratifying to see the work of Citizens Advice Bureaux celebrated like this. I see day in day out people coming to the Citizens Advice service in Scotland looking for advice, and overall our services advised on over 1 million issues last year.  We are able to help people enormously, sometimes simply by signposting them on to the right place, and other times by helping them in times of desperation and crisis.  For 75 years we have provided that help and been a port of call in stormy times.”<