LOW EARNERS SET TO LOSE OUT ON THE SCOTTISH STARTER RATE 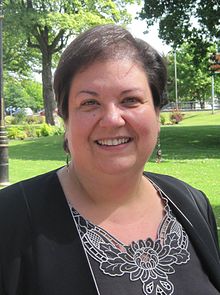 Labour MSP Jackie Baillie is calling on the UK and Scottish governments to work together to close a loophole which will see people in West Dunbartonshire and Argyll and Bute lose out on the tax cut of the Scottish starter rate of tax.

SNP ministers had claimed that a Scottish starter rate would deliver a tax cut of £20 to low paid Scots, but taxpayers in West Dunbartonshire and Argyll and Bute who will be transferred on to Universal Credit this autumn, if they haven’t been already, will see a significantly smaller reduction, in some cases as low as £7 for the year.

Universal Credit now applies to 26,000 people in work in Scotland, this includes single people of working age in Argyll and Bute. The rollout is expected to be completed for new claims by Autumn 2018 in West Dunbartonshire and the rest of Argyll and Bute.

“It is important that the Scottish and UK Governments work together to fix this loophole. The tax and benefits systems should be maximising the amount of money going to low paid households.

“Labour has expressed its opposition to rolling out Universal Credit which is already subject to significant problems. Fixing the mess that is Universal Credit should be a top priority for the Tories in Westminster. In the short term, though, we need to see both governments working together to close this loophole and ensure that the lowest paid households are not missing out on a much needed tax cut