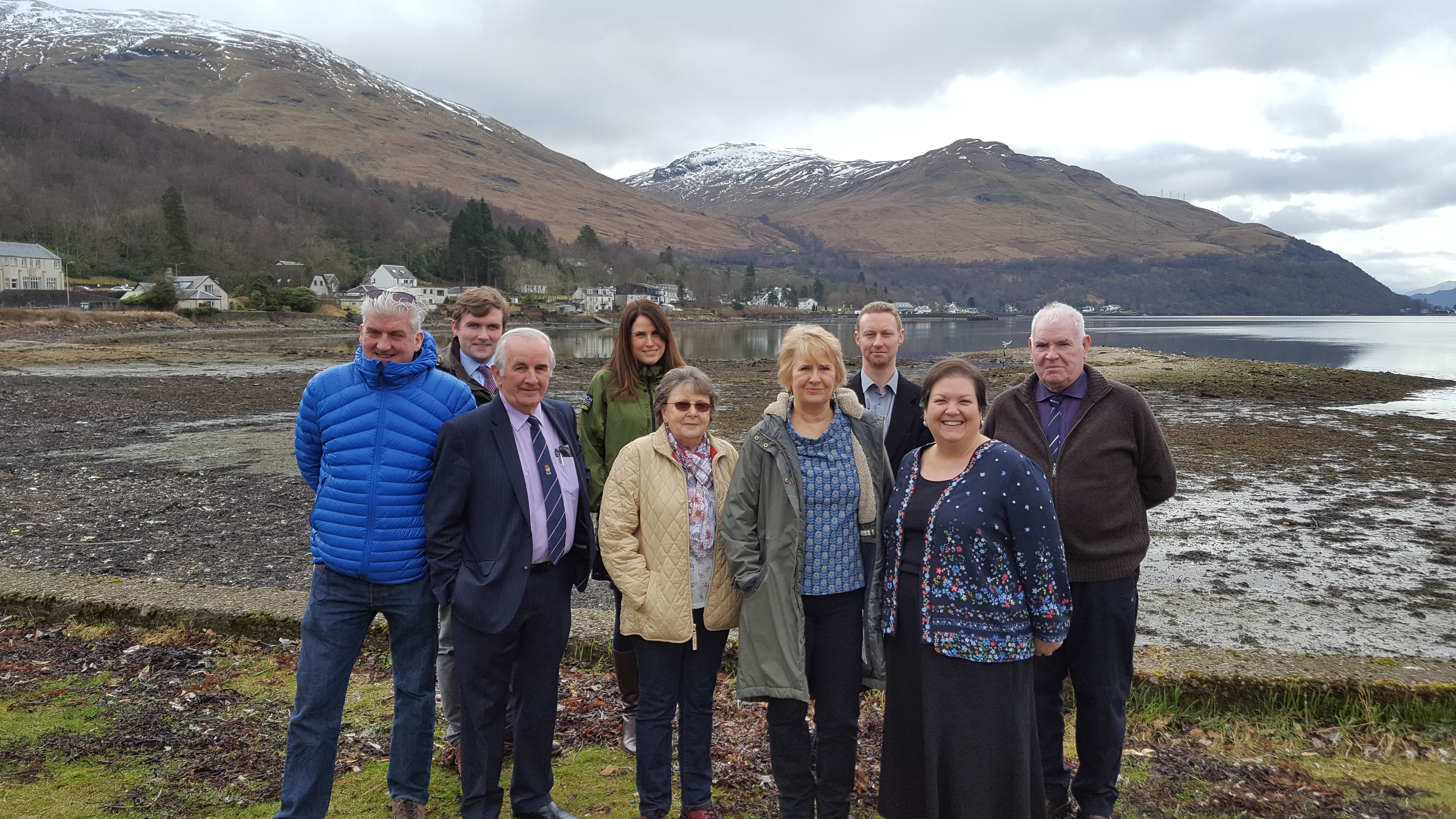 The Helensburgh and Lomond MSP invited Ms Cunningham to visit Loch Long to see first-hand the amount of plastic waste washing up on the shore at Arrochar. The litter is carried by currents in the Irish Sea along the west coast of Scotland and results in a litter sink which gets churned up by storms.

Arrochar is a popular year-round tourist destination, but there are worries that the sight of this litter is putting off locals and holidaymakers who choose to visit the area, as well as potentially harming marine life in Loch Long.

The community council and local volunteers have, for several years, attempted to clear the litter from the shore but the problem is too big for them to resolve on their own. Jackie also invited representatives from Marine Scotland, Argyll and Bute Council, Loch Lomond and Trossachs National Park, Luss Estates and local community groups to discuss a solution to the problem.

The Scottish Government’s recent Programme for Government included funding for scientific research to address litter sinks on Scotland’s coastline and Jackie Baillie is hoping that Arrochar will be chosen as one of the first pilot projects.

“I am pleased that the Environment Secretary accepted my invitation to visit Arrochar and thank her for listening to the concerns of local residents. The discussion was positive and everyone agrees that we need an effective long-term solution to tackle marine litter. The plastic waste washing up at the head of Loch Long spoils the enjoyment of the shore line for both local residents in Arrochar and tourists alike.

“I welcome the Scottish Government’s support for further scientific research and there is a strong case for Loch Long to be selected as a pilot scheme given the serious nature of the problem in Arrochar. The local community cannot be expected to deal with the problem on their own I will continue to work alongside the Scottish Government, Argyll and Bute Council, the National Park and other bodies to build a multi-agency solution for marine litter in Arrochar.”

“I met with representatives of the Arrochar community to hear their concerns around marine litter and we will work with them to develop plans to tackle the problem.

“In our Programme for Government we committed £500,000 to begin to address litter sinks and develop policies to address marine plastics working with local communities. We are considering how the money can be best used for immediate and long-term gain -; I want to see genuine benefits delivered for Arrochar and other communities which face similar problems.

“Through our National Litter and Marine Litter Strategies, we aim to reduce the amount of litter entering our marine environment. We are taking action to protect our seas from the effects of plastics with many actions including a commitment of introducing a deposit return scheme for drinks containers, establishing an expert panel to consider policies on single use materials such as coffee cups and straws and we are also the first in the UK to propose a ban on plastic stemmed cotton buds.”

“The Arrochar, Tarbet & Ardlui Community Council welcomed the visit from Roseanna Cunningham MSP to the Head of Loch Long at Arrochar to see the problem caused by litter deposited on the shoreline. During winter storms the volume can increase to an unmanageable amount for a small community to clear without help.

“Visitors repeatedly complain about the state of the Head of Loch Long some leaving with the impression that the locals ‘have just dumped their own rubbish’. We would also like to thank our local MSP Jackie Baillie for all her continual support to the Community Council in this matter