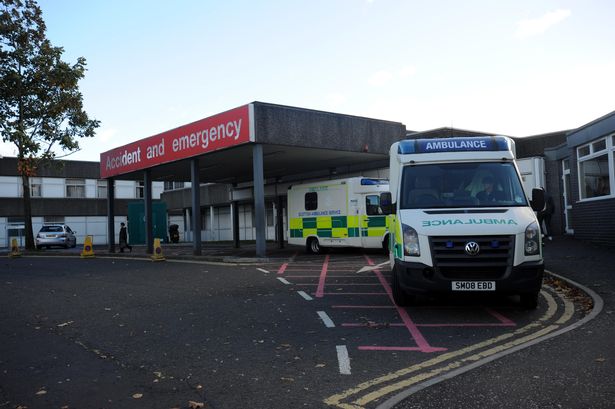 Too many patients are waiting too long in A&E at the Royal Alexandra Hospital in Paisley, local MSP Jackie Baillie has said.

Figures released this week show that 111 patients waited over 4 hours in Accident and Emergency in the week ending 7th November, with 6 people waiting more than 8 hours. In one case, a patient was forced to spend over 12 hours in A&E.

“Last winter the SNP Government in Edinburgh had to call in a special team to the RAH because too many patients were spending hours waiting in corridors at A&E. These problems should have been sorted out long before now. Winter is approaching fast and already we are seeing that our NHS is struggling to cope.

“Now more than ever we need an NHS with the resources to deliver care based on clinical need. Our NHS staff perform miracles each and every day but they are over-stretched and under-resourced.

“The SNP Government needs to get a grip of this before winter hits. Their decision to squeeze spending on health in Scotland harder than even the Tories in England is letting down patients and staff in Dumbarton, Vale of Leven and Helensburgh.

“The SNP Health Secretary should seriously reconsider her decision to rule out plans for a north of the river A&E department. A new A&E unit, either at the Golden Jubilee or the Vale of Leven Hospital, would free up capacity elsewhere in the system and help reduce waiting times for local patients