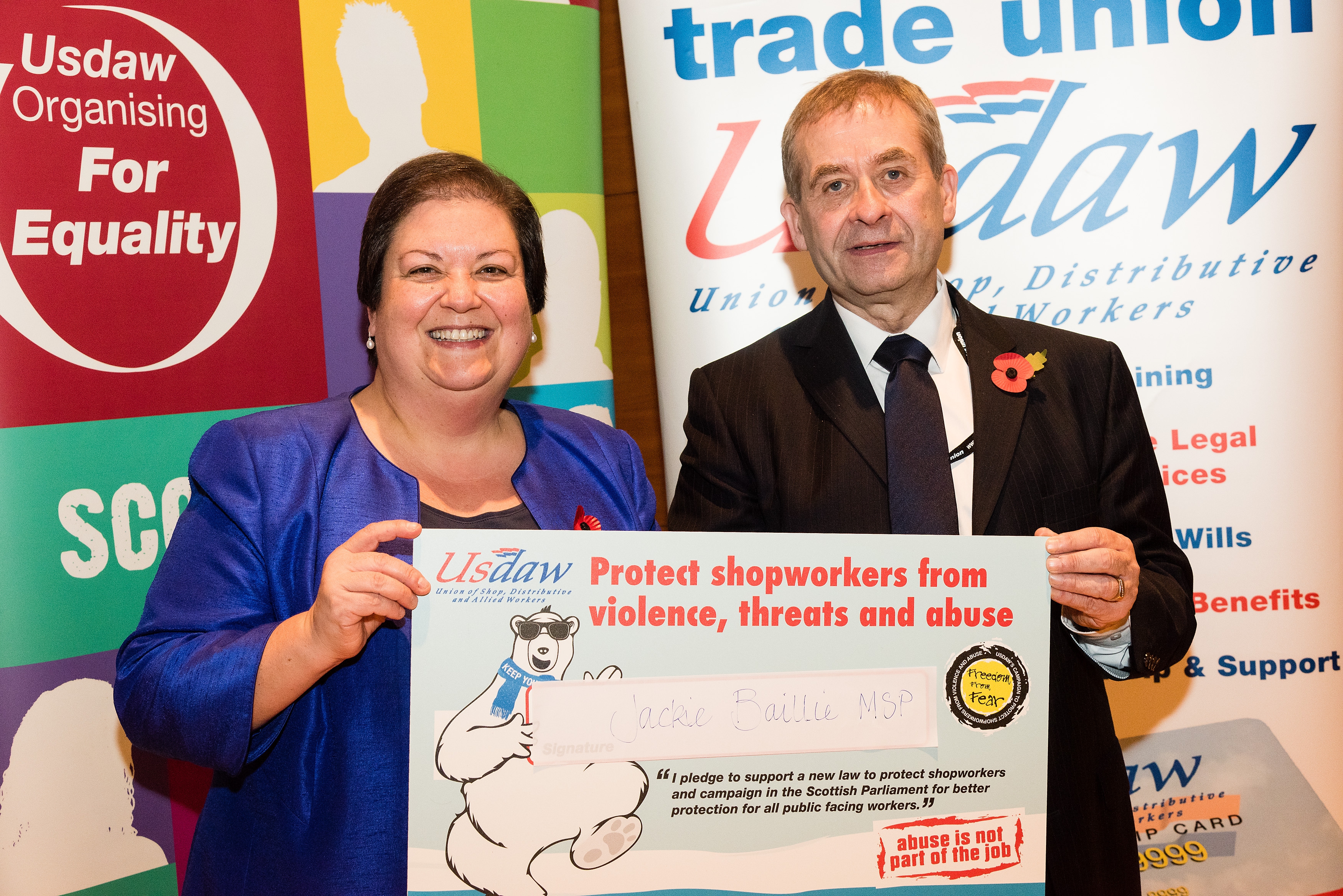 Local MSP Jackie Baillie has joined with members of the retail union Usdaw to campaign for respect for shopworkers as part of the Freedom From Fear Campaign, which seeks to prevent violence, threats and abuse directed at retail staff.  Usdaw members are highlighting the problems faced by staff during Respect for Shopworkers Week, which runs from 9 to 13 November.

“Too often retail employees are confronted with violence, threats and abuse and it is really important we stand together and ask people to respect shopworkers especially as we approach the busy Christmas shopping period and the Black Friday sales.

“I was personally shocked by the scenes of chaos and violence we saw during Black Friday last year and I strongly support Usdaw’s call for the Scottish Government to introduce a new law protecting shopworkers and other public-facing workers from assault.

“I will continue to campaign with Usdaw to provide shopworkers the support they need and deserve.  We must give a clear message that abusing or assaulting workers who are serving the public is totally unacceptable.”

John Hannett -; Usdaw General Secretary says: “We are grateful to Jackie Baillie for supporting our campaign to keep our members safe at work.

“Often, in the course of their duties, shopworkers are expected to enforce the law, whether that is preventing under-age purchases of products like knives, tobacco or alcohol, or detaining shoplifters until the police arrive, they deserve respect and protection.

“Over 300 shopworkers are assaulted every day and it is time to say enough is enough. Politicians must work together to address this issue and act quick