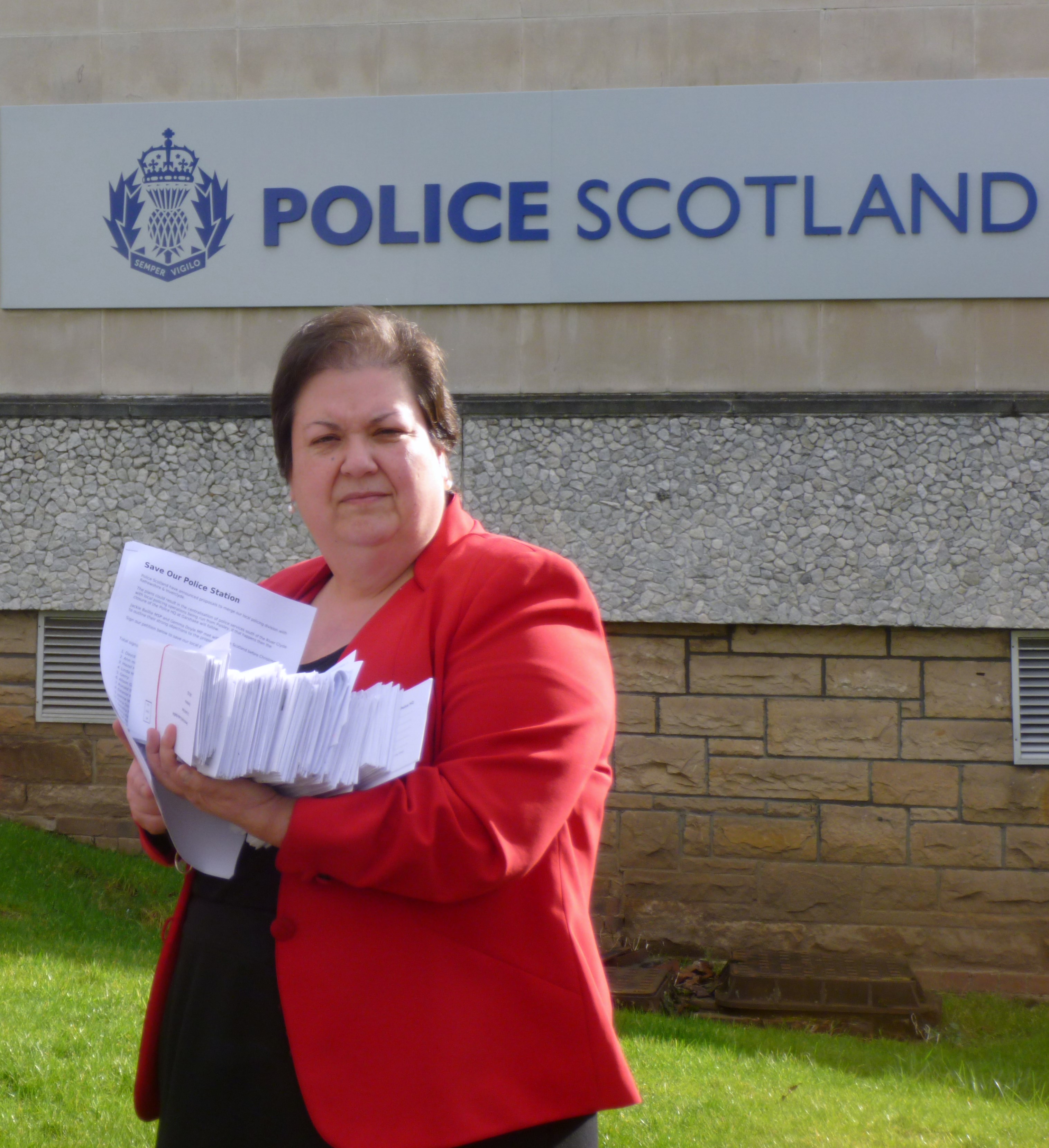 Local MSP Jackie Baillie has welcomed Police Scotland’s announcement that controversial plans to centralise the command and control of local policing operations in Paisley have effectively been abandoned. This follows an earlier announcement that Dumbarton Police Station would be retained amid concerns about the future of the HQ at Garshake.

The Labour MSP led the campaign against the proposed merger that would have created one of the largest policing divisions in Scotland serving almost 450,000 people across 3100 square miles from Paisley to the island of Tiree.

Jackie handed in a petition with over 1,700 signatures opposing the plans at Dumbarton Police HQ earlier this year and held talks with the head of Police Scotland, Sir Stephen House, and the Scottish Police Authority over the course of the summer.

“This is a fantastic result for our local community. This will ensure that responsibility for local policing stays on this side of the river and that the future of Dumbarton Police HQ is secure.

“It is also a remarkable, but very welcome, u-turn from Police Scotland. When the merger plans were first announced, it was presented to our local community as a ‘done deal’. Senior officers were engaged with the thankless task of convincing local people that a move to Paisley would be best.

“I have no doubt that the voices of thousands of local residents who spoke out against the merger made a huge impact on the decision. As did the voices of retired and serving police officers.  I made my opposition to the plans very clear when I met with both Sir Stephen House and representatives from the Scottish Police Authority earlier in the summer and I am glad that they have listened to the very real concerns of local people.

“As local people know I will always stand up for their interests.”

Kenny McInnes, a local resident who, as a chief officer, was an Assistant Inspector of Constabulary for Scotland and was previously Divisional Commander at Dumbarton, said:

“I welcome the very sensible decision to abandon the plans to merge our local division with Renfrewshire & Inverclyde. It was clear from the beginning that these proposals were not in the best interests of our local communities and I am pleased that Police Scotland have listened to the concerns raised by a great number of local residents