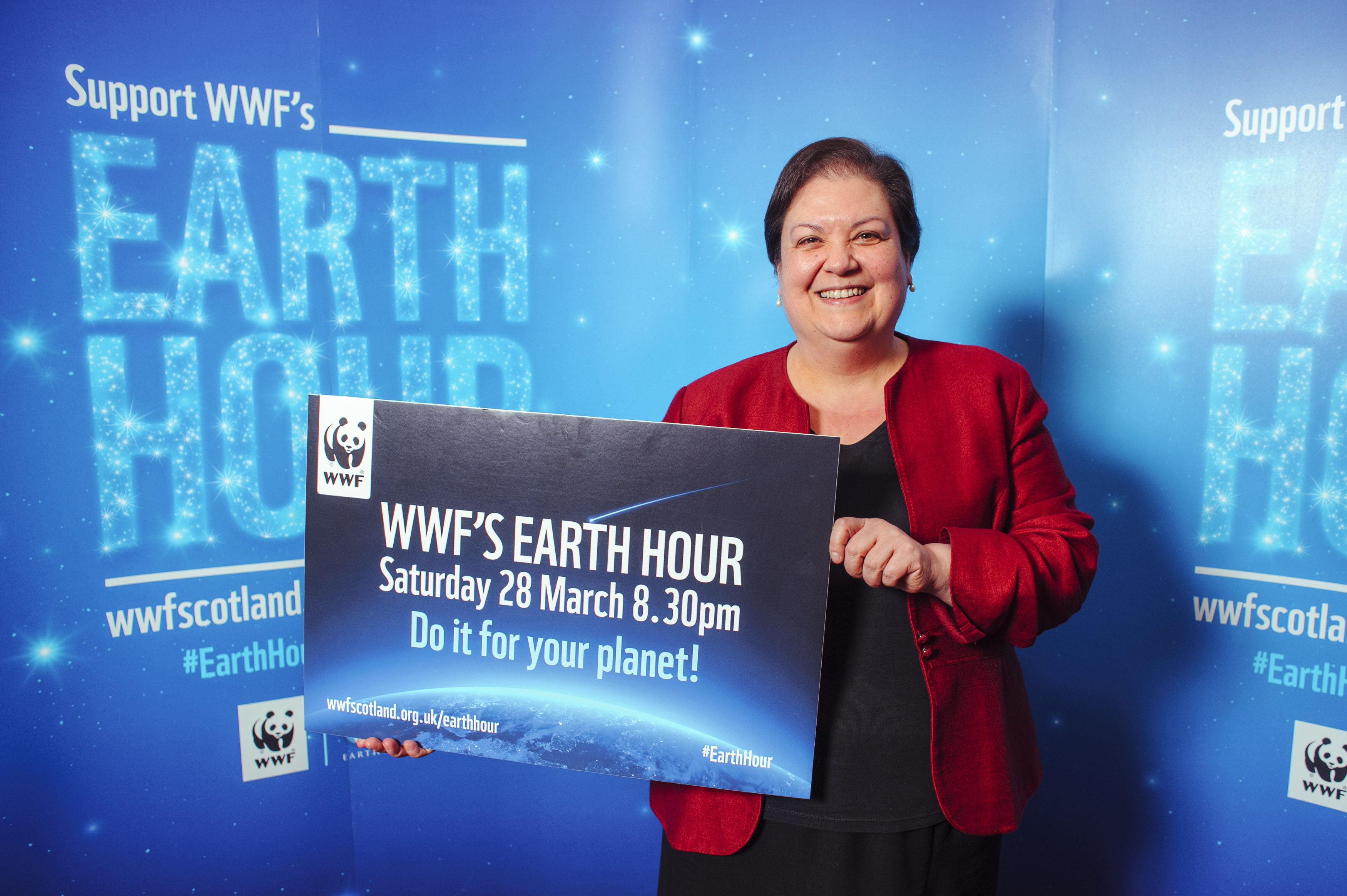 Local MSP Jackie Baillie is joining millions around the world by signing up to WWF’s Earth Hour.

This year’s switch off event takes place at 8.30pm on Saturday 28 March.  Around the globe workplaces, homes and iconic landmarks will be going dark for an hour in the world’s biggest symbolic display of care for the planet and action on climate change. In Scotland, Edinburgh Castle, Falkirk Wheel and the Kelpies are just a few of our famous landmarks marking the hour.

“I was really pleased to attend an event in the Scottish Parliament to show my support for WWF’s Earth Hour. This year’s international moment of celebration of action on climate change takes place at 8.30pm on Saturday the 28th of March.

“Around fifty individuals, organisations and local businesses in Dumbarton, Vale of Leven and Helensburgh have signed up to participate in the event and I am delighted that so many local schools are taking part this year. The Council HQ at Garshake is just one of the many buildings that will be going dark around the world on Sunday evening to mark Earth Hour.

“This is a small but symbolic gesture to remind everyone of our determination to tackle climate change and I would encourage local families to join in at home by switching the lights off at 8.30pm.”

“I’m really excited about this year’s Earth Hour and it’s shaping up to be a big one.  It always delights and amazes me how Scotland gets behind the event, whether its political parties or classrooms full of children. By signing up and switching off you’re joining a symbolic display by millions around the world who care about our planet and are willing to take action, beyond the hour, to protect it.

“Its important decision makers, politicians and business leaders are left in no doubt people care about the impacts of climate change and want action.”

“This year is an important year for climate action, with world leaders being urged to make further progress on addressing global climate change in Paris in December. Closer to home, we look to all of our politicians to help Scotland deliver on its world-leading climate commitments and to play a proactive role in striving for greater ambition at a global level.”

Now in its ninth year, WWF’s Earth Hour continues to grow.  Last year 162 countries and 7000 cities took part, from the islands of the South Pacific already feeling the impacts of climate change, to the Scottish Parliament and Government in Edinburgh and the corridors of power in Paris where the next UN climate negotiations will be held in December this year.