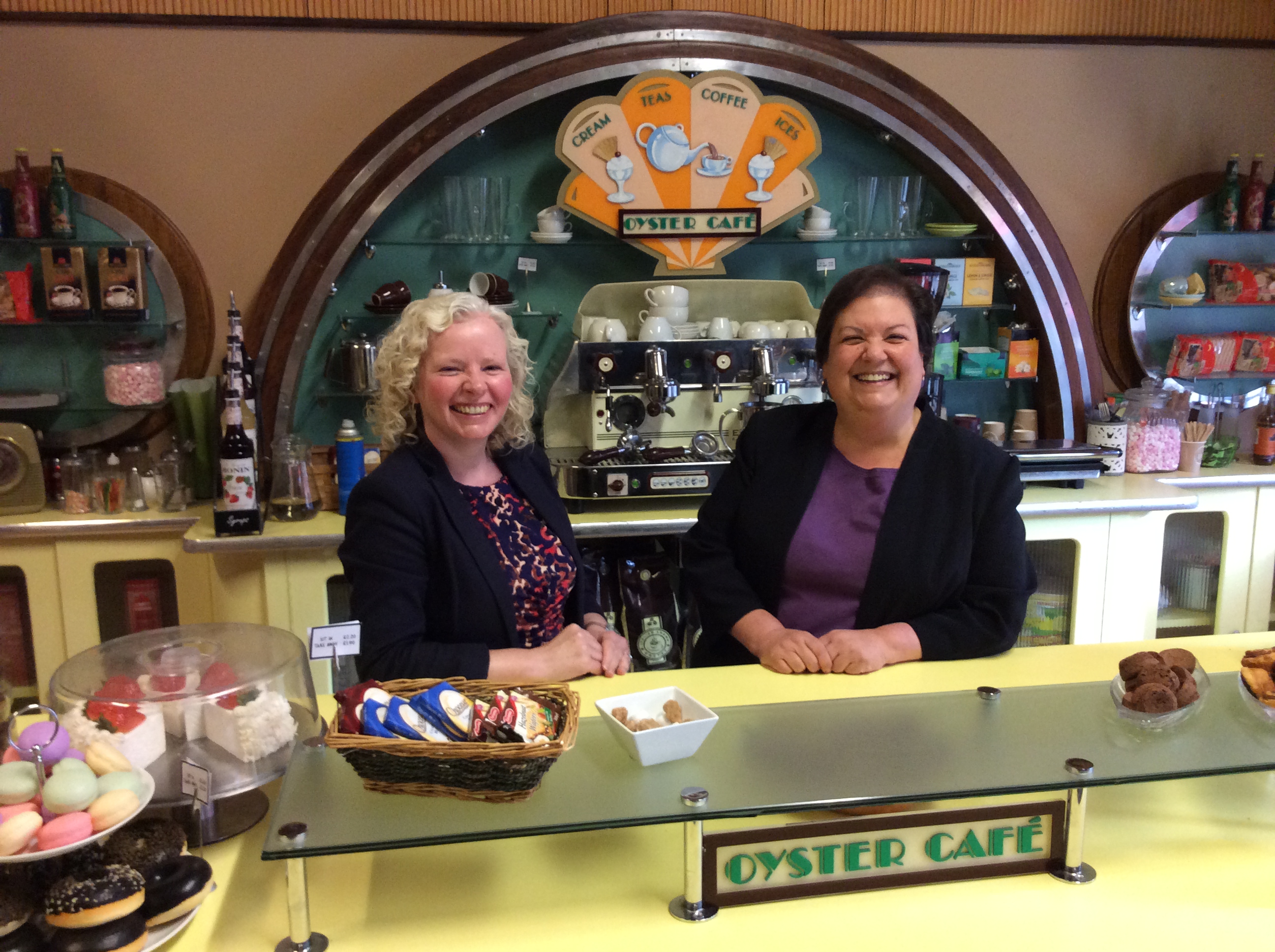 The pair met the popular drama series’ newest faces, Still Game actor Sanjeev Kohli and former Monarch of the Glen star Dawn Steele, who will hit the screens next month when the Jandhu family takes up residence  in Shieldinch.

As Scottish Labour’s spokesperson for Culture, Claire is leading the party’s efforts to ensure that Scotland has the creative talent and skills for the future. Following the visit she said that the BBC studios in Dumbarton have a key role to play in Scotland’s creative industry.

In addition to meeting cast members and having a behind the scenes look at the set, Jackie Baillie and Claire Baker also heard about the huge economic impact of the Lomondgate studios on Dumbarton and the surrounding areas.

“I was delighted to welcome Claire Baker to Shieldinch today to see first-hand how important the studios are for jobs and our local economy. Since River City first hit our screens thirteen years ago the BBC has contributed to the regeneration of the area and 221 full-time jobs have been created thanks to the millions of pounds invested in the studios. It is a great honour for Dumbarton to host one of Scotland’s most successful drama series and I hope that success will continue for many years to come.”

“River City has really put Dumbarton on the map as a key location for drama productions and I was glad to have the opportunity to visit the superb facilities on offer at Lomondgate studios. It is very clear that Dumbarton has the potential to attract other dramas to follow in the footsteps of popular shows like River City, Garrow’s Law and Hope Springs. Scotland has the potential to produce much more TV and film production and we all need to work together to secure that investment