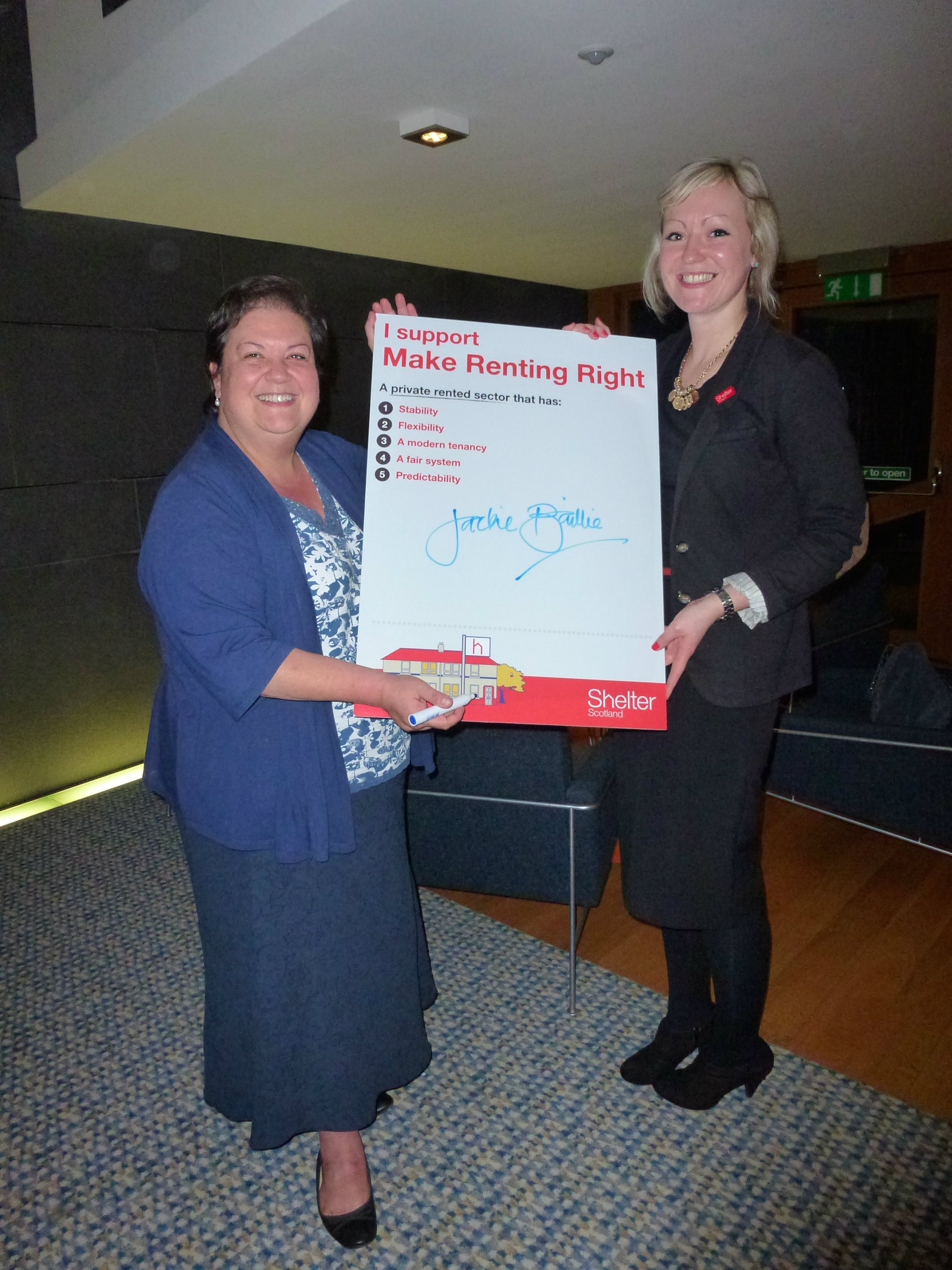 Jackie is supporting a new campaign for a fairer deal for private renters.

Shelter Scotland’s “Make Renting Right” campaign has called to reform the sector to make it work for both the people who live in rented housing, and landlords who let out their properties.

Earlier this year, Jackie supported proposals by Scottish Labour to reform the private rented market. The proposals included a cap on rent rises to stop tenants being ripped off by landlords, as well as more secure tenancies.

The Dumbarton MSP believes the moves would have made a difference to over 2000 families in private-rented households in West Dunbartonshire and 5000 families in Argyll and Bute.

The proposals were blocked by the SNP and the Tories but Jackie believes that it is crucial to reform the market with over 100,000 Scots in the private rented sector living in poverty

“I am delighted to support Shelter Scotland’s ‘Make Renting Right’ campaign. Reform of the market is long overdue.

“Over 7000 families in West Dunbartonshire and Argyll and Bute live in privately-rented households. For some people, the private rented sector is a choice but for others it can feel like there is no other option due to the shortage of social housing and the difficulties many young people face getting on the property ladder.

“The Housing Act earlier this year was a huge missed opportunity to make a difference for people feeling the stress of a cost of living crisis. I supported reforming the market with a fair rent cap and more secure tenancies.

“The SNP voted with the Tories against a fairer deal for private tenants in Scotland. They were wrong to do so. We must make renting more affordable. People in Dumbarton, Vale of Leven, Helensburgh and Lomond deserve a home, not just a roof over their heads